By Dr. Ken Collins|December 13th, 2018|General Dentistry|
One of the most common nightmares people have is of teeth falling out. However, there’s another potential nightmare that could be even worse: teeth that explode in the mouth. But that’s exactly what happened in perhaps dozens of documented cases in the 19th and early 20th centuries. Although there’s no proven explanation, there are several theories, including that primitive metal fillings were to blame. 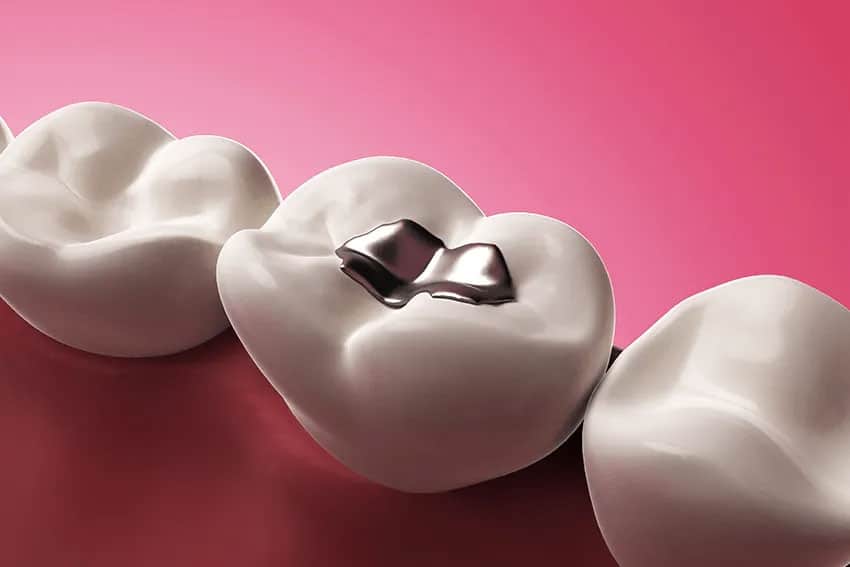 One remarkable thing about these cases is that they have several features in common, pointing to the potential for a single unified explanation.

First, all the patients had extreme dental pain.And when we say extreme, you have to believe that we mean it. These people probably experienced dental pain the likes of which we modern people, with our easy access to ice, pain medications, and dental care, simply cannot imagine. In all cases, the people are described as being completely taken over by the pain. They can’t sleep, walk around distractedly, and sometimes engage in crazy attempts to relieve the pain. At one point, a priest was “boring his head on the ground like an enraged animal,” according to a case report.

Then, suddenly, the tooth explodes. Sometimes, the tooth is blown into pieces. Other times, it is simply split apart.

But in every case, the explosion makes the tooth pain stop. Instant relief occurred at that moment in almost every case. The only difference is that one account says pain stopped just before the tooth exploded.

We don’t know what caused these teeth to explode, but many have tried to come up with explanations. Perhaps the simplest is that it’s a side effect of infection. When bacteria enter the tooth, they can multiply, and, between the increasing bacteria and their waste gasses, the pressure can build up in the tooth. This is normally the cause of pain in an infected tooth–it pushes on the tooth nerve. However, if an infection starts from a cavity on the outside of the tooth, there’s a natural relief valve. In fact, sometimes the relief valve is so wide that people don’t feel any pain from their infection. But it’s possible for bacteria to enter a tooth through the roots. In this case, the bacteria could multiply in the tooth until the pressure built up and exploded the tooth.

Another possible explanation is that the explosions were caused by an early antibacterial treatment, ammoniacal silver nitrate, caused the explosions. Apparently, the inventor of the treatment experienced this phenomenon several times, with his patients’ teeth exploding as he worked on them!

Finally, some propose that the cause might have been early metal fillings. Before the adoption of metal amalgam, dentists tried many materials that might serve as a cheaper alternative to gold fillings. With no standardization, patients got many different kinds of metal in their mouths. It’s possible that one of these metallic combinations created a galvanic circuit. A galvanic circuit is basically a primitive battery, and one thing primitive batteries do is generate waste gasses, such as hydrogen. Hydrogen could be ignited by many causes, such as smoking a cigarette.

The problem with the second and third story is that there is no mention that patients had these treatments before their teeth exploded.

The cases of the exploding teeth remind us that it’s critical to try to make dental restorations as much like natural teeth as possible. That’s one of the key principles of dentistry. Dental materials that don’t match our natural teeth or aren’t inert can have unforeseen consequences. We don’t believe any modern dental treatments, like dental implants, are likely to cause an explosion of this type.

Nonetheless, there are other potential harms that could come from bad dental materials, such as fillings.

At Collins Dentistry & Aesthetics, we strive to use only biocompatible materials for restorations. If you would like to learn more about the benefits of dentistry in Spokane Valley, please call (509) 927-2273 today for an appointment with an experienced restorative dentist/about’ target=’_top’ rel=’noopener noreferrer’}}}}.