Is Psoriasis Linked to Gum Disease?

Our oral health and overall health share many important ties. Poor oral health can have many negative impacts on your overall health. This is mostly through gum disease, which is a chronic infection that can spread its impact through your body. We have seen strong links between gum disease and many serious conditions like heart disease, stroke, dementia, and cancer.

Now, new research shows that gum disease is linked to psoriasis, a skin disease that causes a person to develop patches of red, scaly skin. However, the work is early, and we don’t know if the link is because the two conditions have common risk factors or because one might cause the other. 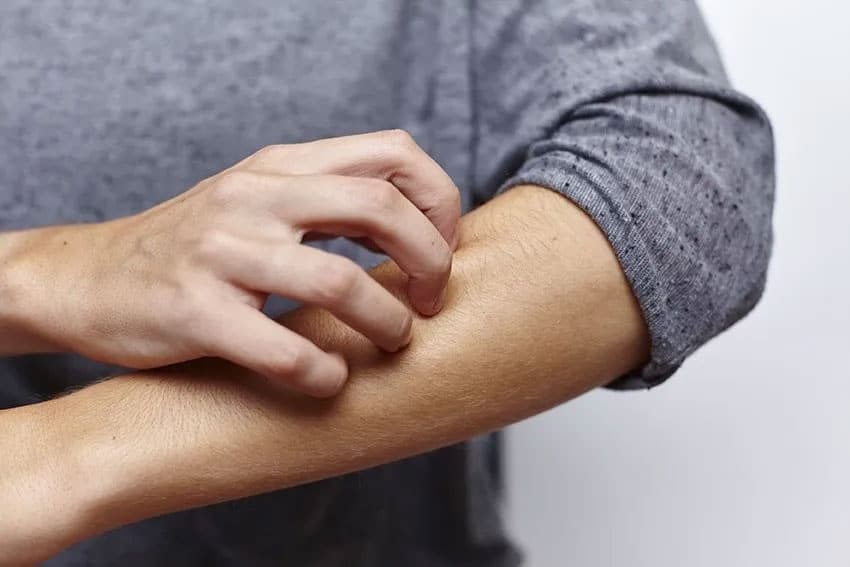 To see how psoriasis might impact a person’s oral health, researchers compared the oral health of 100 people with psoriasis to 101 people without. They looked at many aspects of oral health, including bleeding on probing (BOP), the community periodontal index (CPI), and the number of decayed, missing, or filled teeth (DMFT).

This study shows us that there’s likely some link between psoriasis and gum disease, but it doesn’t tell us what it is.

Researchers in this study suggest that the link is genetic, related to the way the immune system works. There is some rationale for this. Gum disease comes from two parts. First, the presence of oral bacteria causes an infection. The bacteria themselves can cause negative effects. But it’s the body’s immune response that is often responsible for the worst damage linked to gum disease. Since psoriasis is an autoimmune disorder caused by an overactive immune response, this makes some sense.

However, it’s also possible that gum disease could actually trigger psoriasis. Gum disease bacteria have a nasty ability to change our body’s immune response. Other research has shown that oral bacteria can actually trigger conditions similar to rheumatoid arthritis, another autoimmune disorder in which the immune system attacks the joints. It’s possible that the presence of gum disease bacteria could trigger similar changes in the immune system, leading to psoriasis.

Further research needs to be done to figure out the exact relationship between these two conditions.

If You Have Psoriasis, Make Sure You See a Dentist

We don’t yet know whether these conditions have a direct causal link or if they are both related to the same genetic risk factor. However, this study does tell us that people with psoriasis are more likely to have serious gum disease. And that means that if you have psoriasis, you need to see your dentist regularly for checkups and cleanings/teeth-cleaning-and-dental-hygiene’}}}} to help preserve your oral health.

If you are looking for a dentist in Spokane Valley to help you maintain good oral health, please call (509) 927-2273 today for an appointment at Collins Dentistry & Aesthetics.