Ed Ruttledge of Vancouver, Washington has suffered for years with tinnitus. Like many people, he developed the condition after suffering a serious hearing injury. Now he is riding his bike 100 miles in what he describes as the Tour de Tinnitus to raise awareness for the condition and money to research treatments. 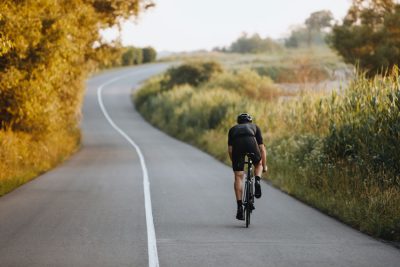 From Tragedy to Charity

He was sailing on a yacht when the crew didn’t see how near the was to the signal cannon and fired it. The loud noise damaged his ear, resulting in hearing loss and a noise in his head, which he describes as being like the noise an electric machine. Since his injury, he has been unable to hear much around him, which means that he now cannot enjoy movies, music, or plays. He had to retire early from his job in human resources.

However, with his Tour de Tinnitus, from Everett to Vashon Island, he is trying to raise money and awareness for the condition. He has already raised $1500 in donations for the American Tinnitus Association (ATA), and he hopes to let people know that there are ways to treat the condition.

There is currently no cure for tinnitus, but there are treatments available. Ruttledge uses a noise suppressing earpiece to reduce the experience of tinnitus on a daily basis. He also drives an electric car to reduce the noise so he is more able to engage in conversations in the car.

Many Types of Tinnitus

Ruttledge’s campaign is good because there are many misconceptions about tinnitus. One is that there is really only one type of the condition, but in actuality tinnitus is as much as symptom as a condition, and it can be related to many different illnesses and conditions. Many people develop tinnitus as a result of traumatic sonic injury, but for others there is no discernible cause. For some people, tinnitus is associated with movement of the jaw and is directly related to TMJ. For these people, TMJ treatment can significantly reduce the interference of tinnitus.

If you suffer from tinnitus and want to know whether TMJ treatment can help you, please contact Collins Dentistry and Aesthetics at (509) 927-2273 today.